Recently a botnet called Mirai has infected millions of IoT (Internet-of-Things) devices and generated the largest DDoS attacks ever seen — over 660 Gigabit/sec! Prior to these attacks RedWolf had the largest (legal) DDoS attack test on record, clocking in at 440 Gigabit/sec. Today’s RedWolf global traffic generation capacity is over 1 Terabit/sec from over 100 global data-centers and 16 different providers. 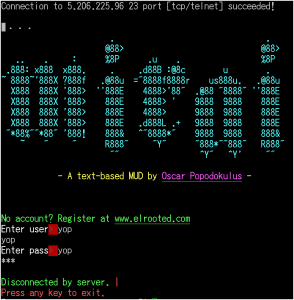 Both the size and handling/mitigation of the attacks caused considerable fall-out among the cloud DDoS defense industry. It turns out that not every type of cloud DDoS deployment operates equivalently to attacks of this size. Some types of 3rd party cloud-protection architectures and networks are simply better than others.

RedWolf has captured the code for Mirai and analyzed the exact types of DDoS attacks the botnet is capable of generating. It is now possible to generate 100% accurate Mirai DDoS attacks at any level from 1 kbps to 1 Terabit/sec. Any licensed RedWolf account has immediate access to these new attacks from the console. The RedWolf test planning templates have also been updated. For some of the attack vectors, like GRE, traffic must be sourced from specific RedWolf cloud providers like IBM Softlayer. Other cloud providers filter this type of traffic by default.

Contact RedWolf (sales or your support contact) for a briefing on these attack types and the types of risks these large DDoS attacks can present, even for large cloud based DDoS vendors. RedWolf advisory services can help your organization with strategies to handle these and even larger attacks and minimize 3rd party risk.