The next BIG thing: ‘small’ DDoS Attacks are often hardest to block

Would it surprise you to learn that the most enduring and toughest to fix DDoS vulnerabilities RedWolf testing exposes occur at very low bandwidth levels between 1 and 10 megabit/sec? For years RedWolf has confirmed that it is possible for a botnet of as few as 10 to generate a specific set of packets that significantly impacts firewalls, load balancers and sometimes even web applications at very very low attack levels. Even if sites are protected by on-premise anti-DDoS, stateful firewalls, and load balancers there are many varieties of slow DDoS attacks that can wreak havoc. 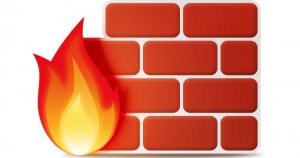 attacks. In reality, many types of slow-DDoS attacks can cause a rapid overflow of firewall state tables. Many firewalls are only capable or licensed to handle a small number (sub one million) actual connections. A small DDoS attack at 1 megabit/sec levels can trick a firewall into filling the state table almost instantly. When this happens new traffic is often seriously impacted.

<1 Megabit/sec attacks: Once a state table is full an up the attack can become even slower as it only needs to keep the firewall state tables ‘topped-up’ as the sessions expire. Below is a chart of a DDoS test where the majority of outages were caused at sub 1-megabit/sec DDoS test:

The above chart shows latency and outages. The lines show latency from different monitors. Pink sections are >= 10 second outages. All outages after 12:15 were caused by DDoS attacks from 1 to 10 megabit/sec – too low to trigger common Anti-DDoS mechanisms. The pink sections show regions where RedWolf web monitors could not reach the site from at least 3 monitors within a 10 second period.

SYN-COOKIES – Every TCP connection starts with a ‘SYN(chronize)’ packet. Stateful firewalls can either choose to pass a SYN packet because their policy allows it, or drop the packet. If a packet is dropped a firewall can optionally inform the client via an ICMP packet that the destination is unreachable. If the packet is passed a stateful firewall will begin ‘keeping track’ (aka state) of the new connection. Even SYN Flood DDoS, at low levels, has been shown to often impact stateful firewalls. Most firewalls have a SYN-Flood mechanism but often it is not enabled. Even when it is enabled it often causes a fair amount of CPU load on the firewalls at very low bandwidths (<10 megabit/sec). A firewall’s SYN COOKIE throughput should be benchmarked and …

DNS Attacks – UDP DNS attacks are surprisingly difficult to defend against at low levels. Often as little as 5 to 10 megabit/sec of DNS requests can overflow a corporate DNS server. Most organizations have never benchmarked their DNS servers to determine how many queries/sec they can deliver but the number is often less than 50 thousand queries/sec. A botnet of even 10,000 only needs to send 5 packets/sec (queries/sec) – a level that most anti-DDoS systems don’t trigger against. Most DNS DDoS defense systems rely on mechanisms to force UDP DNS to TCP DNS. This mechanism works if the DNS mitigation device is tuned and your DNS servers are set up to handle TCP DNS. Still, even with TCP DNS DDoS attacks DDoS mitigation platforms often are configured to allow too much TCP DNS traffic through and the server can still be overwhelmed.

BLACK NURSE – there are vectors like ‘Black Nurse’ and other attacks that can cause the firewall CPU to spike and possibly trick it into responding to a number of packets.

This seems counter-intuitive but the reality is that most abuse detection systems are designed to detect abuse only when it crosses certain thresholds. Today’s defense systems typically detect abuse if the attack crosses some sort of threshold. For instance, if a source-IP creates too many TCP connections per second, sends too many packets/second, generates too many HTTP(s) requests/sec, etc… If the activation threshold of a mitigation device is set too high then attack traffic will leak through and can consume enough resources to cause an outage.

APPLICATION ATTACKS – Many organizations that start out doing DDoS testing are first loathe to test specific application features like authentication and search. The common rationale is prioritizing testing defenses against the larger scale attacks like volumetric or very bold and brazen HTTP attacks. In practical terms this is a focus on everything ‘above’ the application beyond the root page. This is a good strategy but at some point the testing should turn towards the application itself. Indeed, RedWolf often recommends testing the broad protection features up to the load balancer first since there is only so much that can be covered within a single test window.

In conclusion, while DDoS is usually pictured as huge floods, there are a great many cases where small attacks can cause a lot of trouble. As we start 2017 RedWolf would like to remind organizations with anti-DDoS defenses that many windows-of-opportunity probably exist and should be closed off. The main benefits of low-level DDoS testing are: